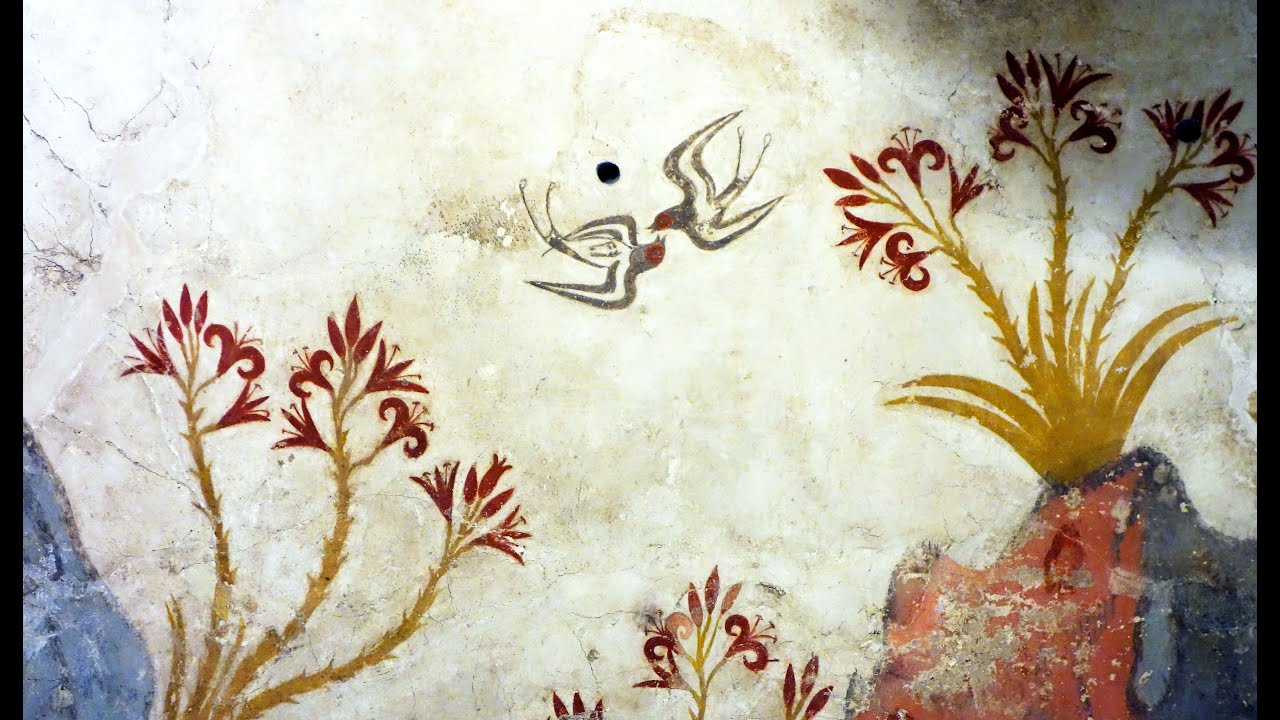 Lucretius was the first philosopher of immanence. It is he and not Democritus or Epicurus who holds this title. If we want to understand the historical emergence of the concept of immanence, we should start by distinguishing its precursors in Greek atomism from its first complete incarnation in Lucretius. This way, we can see exactly what first defined and distinguished immanence from its past.

Lucretius was not an atomist

This thesis is as counterintuitive as it is straightforward. The first major difference between Lucretius and the earlier Greek atomists is precisely that—the atom. For Leucippus, Democritus, and Epicurus atoms are always in motion, but the atom itself remained fundamentally unchanged, indivisible, and thus internally static—even as it moved. Thus instead of positing discrete atoms as ontologically primary as both ancient Greek and later modern theories do, one of Lucretius’s greatest novelties was to posit the movement or flow of matter as primary. Lucretius did not simply “translate Epicurus,” as the Greco-centric story goes; rather, he introduced the first immanent kinetic materialism in the West.

For example, although the Latin word atomus (smallest particle) was available to Lucretius to use in his poem, he intentionally did not use it, nor did he use the Latin word particula or particle to describe matter. The English translations of “atom,” “particle,” and others have all been added to the text in translation based on a certain historical interpretation of it. The idea that Lucretius subscribed to a world of discrete particles called atoms is therefore both a projection of Epicureanism, who used the Greek word atomos, and a retroaction of modern scientific mechanism of the fifteenth century onto De Rerum Natura.

Lucretius rejected entirely the notion that things emerged from discrete particles. To believe otherwise is to distort the original meanings of the Latin text as well as the absolutely enormous poetic apparatus he summoned to describe the flowing, swirling, folding, and weaving of the flux of matter. Although Lucretius rejected the term atomus, he remained absolutely true to one aspect of the original Greek meaning of the word, ἄτομος (átomos, “indivisible”), from ἀ- (a-, “not”) + τέμνω (témnō, “I cut”). Being is not cut up into discrete particles, but is composed of continuous flows, folds, and weaves. Discrete “things” (rerum) are composed of corporeal flows (corpora) that move together (conflux) and fold over themselves (nexus) in a woven knot work (contextum). For Lucretius, things only emerge and have their being within and immanent to the flow and flux of matter in motion. Discreteness is an apparent product of continuous folded matter, uncut, undivided, and in motion and not the other way around.

Greek atomism reintroduced transcendence in several ways. The most significant one is that of the atom itself. If immanence is only immanent to itself and nothing else then any immanent theory of moving matter which posits something which does not move posits something beyond—a principle that transcends it. If all of matter moves except for the atom itself then this reintroduces transcendence. Furthermore, the discreteness of the atoms from one another (called void) also reintroduces a transcendence with respect to the continuum of matter in motion. If matter can only be immanent to itself and nothing else it cannot be divided from itself without reintroducing discreteness.

The second reintroduction of transcendence is Democritus’s determinism. For Democritus all the relations between atoms and the voids that separate them are completely determined. Being is not in any way stochastic, pedetic, or turbulent. Democritus thus introduces a single and universal law which applies equally to the past and to the non-existent future of the atoms. As such, the law transcends the immanence of matter in motion.

The third reintroduction of transcendence is Epicurus’s swerve. For Epicurus atoms begin by falling in perfectly straight laminar lines, until at one uncertain point one of the atoms swerves, hits the others, and all of matter begins to assemble together into a rich and complex composite. Here, Epicurus avoids the determinism of Democritus, but only by positing an original state of ordered laminar flows of atoms and a single spontaneous event that transcends this order.

Lucretius breaks from Greek atomism by putting forward the first purely immanent philosophy: kinetic materialism. For Lucretius there is nothing other than matter in motion. Full stop. Matter is not made of discrete atoms, but rather of purely continuous flows (corpora) which fold (simplex, duplex) into things (rerum).

Contra Democritus, the movement of matter is purely continuous or wave-like instead of particle-like. There is no part of matter that is discrete or atomistic. Flows can be folded without end. Furthermore there is no transcendent law of necessity guiding matter’s motion. Motion is fundamentally stochastic and turbulent. For example, in Book II Lucretius is very clear that corpora move downward carried by their own energy and momentum through, and by making, space (deorsum rectum per inane feruntur ponderibus propriis). At an unassignable space-time before any measurable discrete time or space (incerto tempore ferme incertisque locis spatio) the corpora change, modulate, or deviate (depellere) their motion (momen mutatum) to the smallest possible degree (paulum). This is not the cause of any other external or oblique motion, but internal to the motion of the corporeal flow itself. Just like the turbulent currents of air that drive the dust motes, so the movement of the corpora themselves are also fundamentally turbulent in that they change their motion on their own (momen mutatum) and are thus pedetic, not determined.

Contra Epicurus, Lucretius describes the rain of atoms and swerve not as something which actually happened, but rather as an absurd counter-factual of something that could never happen! Lucretius says that if and only if (nisi) matter was not already in the habit (solerent) of curving or bending (declinare), it would fall downwards without collision like rain (caderent). The caderent is therefore a counter-factual and not a speculative point in time which ever existed. Matter was swerving already before space and time, or at least coexistent with their emergence in the first place. Matter has always been swerving. There was never a time when there was only the caderent without collision (plaga). Such a time is a total abstraction dismissed by Lucretius. If there was such a time, nothing would be, which is obviously not the case.

Lucretius is thus the first philosopher to affirm both the ontological primacy of matter in motion and the immanence of matter in motion without introducing anything transcendent like discrete atoms, deterministic laws, or a single aleatory swerve. He thus stands at the beginning of a long historical sequence of a number of different claims to philosophical immanence, of which only a precious few have actually succeeded in sustaining. Now is not the place to do a genealogy of the various claimants to this position, so in lieu of that much larger project let us consider at least three criteria that Lucretius sets up as the conditions for the possibility of philosophical immanence today.

Here is the kicker: Immanence can only be immanent to what is and since the future is not, the ontological position of immanence can make no speculative claim on the future without reintroducing a transcendence of the future beyond what is. This is the real vertigo of immanence. It can only be a regional and historical ontological claim. This is what makes it different than any other ontology, it is immanent only to itself (what is and what it has been) and must remain entirely agnostic about what it will be.

Published online at: The Immanent Frame