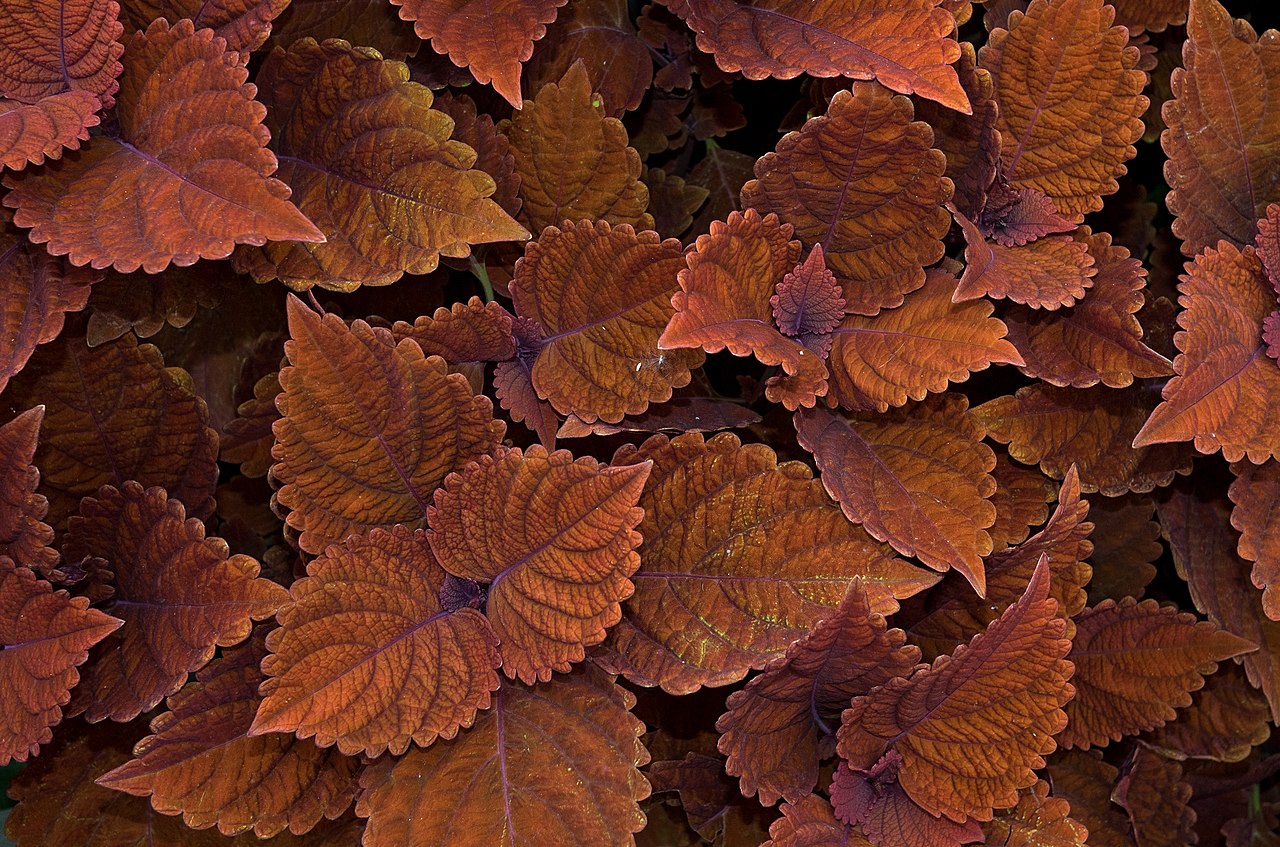 Lucretius’ theory of simulacra means that there are no discrete subjects and objects—only affective ecologies. The whole environment is not just something to be passively “considered” but something that plays an active role in constituting and entire atmosphere or situation. To illustrate this, Lucretius describes the beautiful way in which atmospheric color and light transform and shape the movement of things (4.81–83).

And the more the walls of the theater encircle and enclose,
the more all these things within are soaked
with splendor and laugh when the light of day is diminished.

Early Roman theaters were sunken pits filled with seats and covered with a purple cloth to keep the sun off the viewers. This poetic image could not be more fitting for the point Lucretius wants to make: Matter is performative. The environment is not an empty space filled with discrete objects but something much more like a woven cloth rippling in the wind that throws off pattern, color, and movement everywhere lavishly. The cloth-wrapped performative space is a space made by woven motion.

Things, Lucretius says, are soaked [perfusa] with splendor and begin to move and laugh in response to the undulations of color and light as the sun goes down. Shadows begin to ripple across things and through the air showing the entanglement of everything in the theatre. The laughter [conrident] of things is not metaphorical. Nature really is undulating pleasantly in the wind. Matter shakes without breaking or coming completely apart. Pleasant movements without complete destruction (i.e. not ataraxia) is a recurring ethical image for Lucretius found in the laughter of Venus or in the springtime winds of Favonius.

This theatrical scene shows dramatically what is otherwise happening all the time. Matter is flowing off itself and diffracting with other matters in a complex and kinetic ecology. Ecology is not something that only happens out in the woods. Nor is it merely the passive stage that actors play on. Contra Shakespeare, all the world is not a stage, and all the men and women are not the only players.[i] Humans do not play on the static stage of nature. The whole stage, the actors, the audience, and the whole theater are soaked through with material ecological affects that ripple across them like water or like bees into a beehive [caveai] as Lucretius describes it (4.78).

The ecological theater is a buzzing beehive made by the movement of matter through it. The form of the honeycomb is an emergent pattern or figure traced by, drawn out, and woven kinetic habits. Ecological affects like temperature are connected with the increased oscillation of matter and with emotion.[ii] But if emotion is not merely mental representation, then nature too has e-motion.

Water and food shortages are related to fluctuations in the climate and increase the likelihood of social conflict.[iii] Wearing or seeing certain colors also has proven affects on human behavior.[iv] Even just looking at or walking around living plants and forests can significantly change the chemical composition of the human body, alter mood, blood pressure, and stress hormones.[v] This is all to say that Lucretius’ theory of simulacra is shockingly prescient about what we are only recently discovering scientifically about the entangled relationship of ecological affects.[vi]

Given Lucretius’ description of this simulacral ecology, and what we know from increasing contemporary studies on ecological affect, an ethics based on individuals is completely misguided. Ethics is nothing if not ecological and simulacral. If the entire world is in motion, radiating, intertwining, and diffracting itself, then the ethics of moving well together must take these movements seriously. Ignoring them and treating ethics as a strictly anthropocentric project (as if ecology played no role in actively shaping ethical landscapes and human beings themselves) is partly to blame for global pollution and the feedback loops of toxic particles (dioxins, phthalates, glysophates, etc.) now coursing through our bodies. If we think ethics is something only humans do, then we are more likely to forget that the rest of nature not only plays in active role in producing human bodies but is identical with humanity itself. We live and move in affective tangles because of the nature of simulacral matter.

It is absolutely crucial to remember that simulacra, for Lucretius, are not discrete particles or representations.[vii] We should not imagine that simulacra are like individual photos on film images that peel off of things one by one in discontinuous succession. As collective and intertwined ecological processes they cannot be isolated. Lucretius is extremely clear about this in lines 4.87–89.

There are therefore then figurative traces
which freely fly around composed of subtle threads
and which are not able to be seen singly or separately.

Sensation is fundamentally atmospheric and ecological. Simulacra are composed of flows or material threads [filo] (4.88) that move all around through the air drawing out [formarum] (4.87) tracks, traces, or footprints [vestigia] (4.87). Since these movements are collective processes, they are not reducible to the “things” [rerum] or the simulacra they produce. Simulacra are composite things woven together through a vast ecological network of diffracting flows of matter [corpora]. It is therefore fundamentally impossible to separate out “one” simulacrum [nec singillatim] because simulacra are multiplicities in continuous motion.

What we sense when we sense the world, or when the world senses itself, is nothing but simulacra, all the way down. But simulacra are nothing but moving woven patterns of subtle flows of matter streaming out together, folding and unfolding continually before our eyes. If they are folded tightly enough they appear stable, if they are folded loosely they appear unstable (smoking, bleeding, liquid, and so on). It is all a question of weaving.

Lucretius says that these threads of matter literally pour, leak, or flow out [diffusae] (4.91) of things [rerum] and that their artful twisting, winding, and curving [flexum] (4.93) draws out the shape of things and the shape of the simulacra that flow out of things. In other words, because the flow of matter is always swerving inside and outside things, there simply is no original thing of which simulacra are faithful or unfaithful copies. There are only continually woven processes, all the way down to the swerving flows of matter themselves. Flows of matter that are thrown off of mirrors, water, and shiny surfaces look similar [simili specie] because the path of woven matters is less bent or curved than others (4.100).

Matter flows, but simulacra are sensed when the flows of matter fold back over themselves and tangle with one another in a continuous pattern of repulsion, rhythm, and return that allows matter to affect itself and produce sensation (4.104–109).

There are thus thin kinetic patterns of similar

images, which though no one is able to see discretely,

nevertheless by continuous and frequent repulsion they rebuff

and return a visible figure from the surface of mirrors.

All of nature is composed of a continuous movement of weaving matter which “reverberates, throws back, and restores things” [repulsu reiectae reddunt] through folding (Figure 6.2). Simulacra do not just move between things. Things are nothing but simulacra, which are themselves nothing but flows or threads of matter [primordia] (4.111) continually folded and woven together [exordia rerum cunctarum] (4.114–115) and constantly reverberating off one another in various sonic, visual, olfactory, and haptic patterns.

This is why images appear not just near the surface of things but appear in midair through diffraction (4.129–140). Just as we see giant faces, mountains, or monsters in the clouds, so to do we see diffracted images patterns in midair elsewhere. Clouds, like simulacral diffractions, are liquid [liquentia] (4.141) and perpetually fluid [perpetuoque fluant] (4.144) kinomophic assemblages. Clouds are certainly more fluid than most simulacra around us on the the surface of earth, but the basic structure is the same. Nature is one big entangled parallax of shifting flows.

We know this because whenever we take out a mirror, Lucretius says, it immediately starts reflecting simulacra around without perceptible delay. This means that the flow of matter must be occurring everywhere all the time at very high speeds (4.155–158).

And however suddenly, at whatever time you place a mirror
in front of each thing, an image appears,
so that you may realize that constantly flowing from the outer surface

of things are thin woven webs and thin figures.

Just like the high speed and constant flow [perpetuo fluere] (4.157) of photons (and their quantum fields), matter [corpore] (4.157), according to Lucretius, is constantly “weaving things” together [texturas rerum] by drawing out their figures [figuras] (4.158). Simulacra do not fly through empty space. Space, as we know from books I and II, is made by matter in motion. Space, locus, for Lucretius, is porous and folded. Wherever it seems empty, we need only hold up a mirror to see it shot through with tangled webs of simulacra.

[i] William Shakespeare, As You Like It, Act II, Scene VII.

[vii] For a related treatment of string figures, see Haraway, Staying with the Trouble, “Playing games of string figures is about giving and receiving patterns, dropping threads and failing but sometimes finding something that works, something consequential and maybe even beautiful, that wasn’t there before, of relaying connections that matter, of telling stories in hand upon hand, digit upon digit, attachment site upon attachment site, to craft conditions for finite flourishing on terra, on earth.” 10.