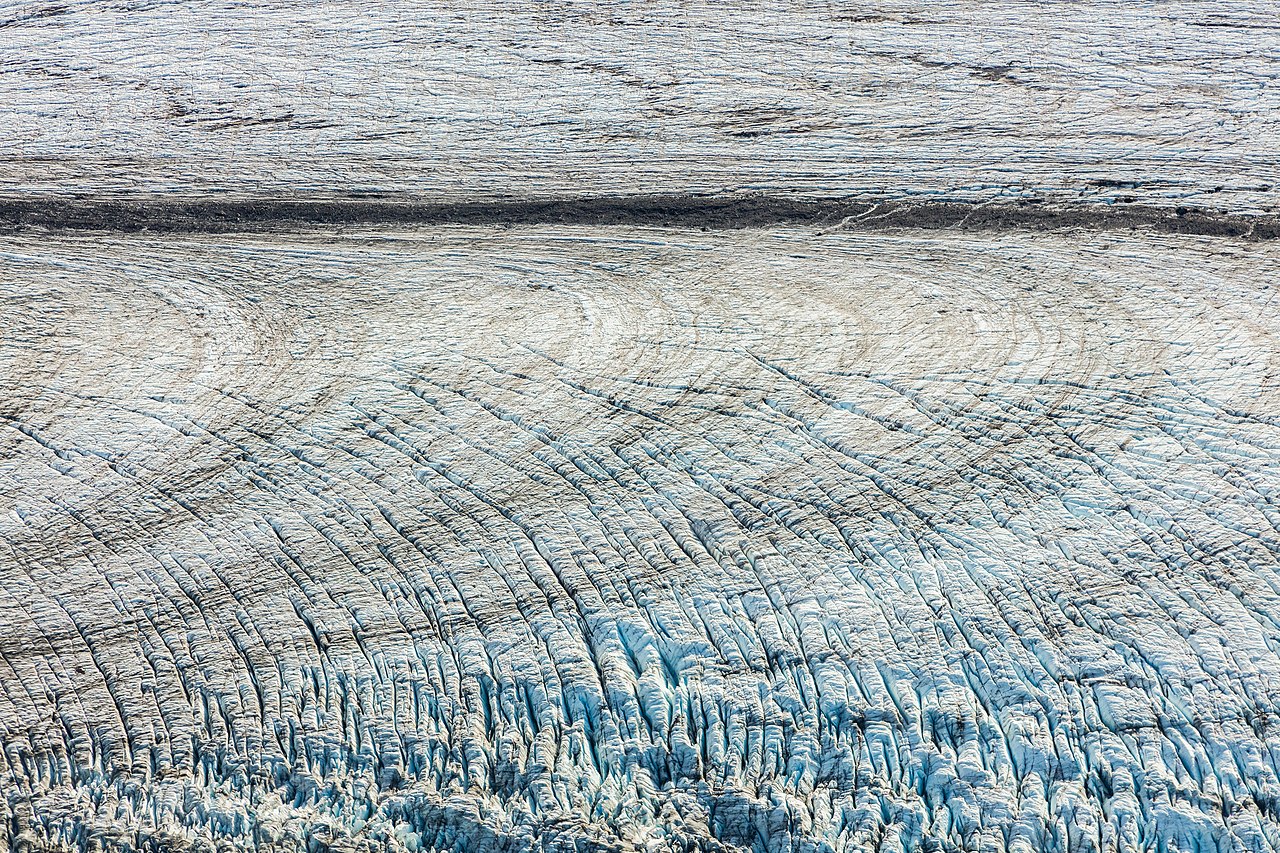 A talk given at ArtsLink, CUNY, Baruch College, Nov 2019

One way to think about the current geological epoch is that it is an age of movement and mobility. People and things now travel faster and further than ever before. Certain humans have extracted entire geological strata out of the Earth and thrown them into circulation around the planet. Extractive industries are literally turning the Earth inside out. We are now witnessing completely new kinds of highly mobile geological strata in the form of vehicles (cars, trains, planes, boats) flying around the globe. Orbiting above us are more than 500,000 pieces of space debris, traveling at speeds up to 17,500 mph. There is even a layer of plastic and petroleum products covering the entire planet and coursing through our bodies. A recent study found that we are now digesting a credit card worth of micro plastics a week. “Glacial” time has sped up and more than half the world’s plant and animal species have been forced into migration along with record numbers of human refugees. All that is solid has melted into air—as carbon dioxide.

Certain humans may have initiated this increase in planetary movement (and capitalism certainly hastened it) but now geological mobility is taking on an unpredictable life of its own that I think should be recognized. Perhaps the Anthropocene is not the right term (since not all humans are to blame for it or equally effected by it). We are witnessing the most mobile geological epoch of Earth’s history. We are living in what we might call “the Kinocene” and the management of this mobility is what will define the 21st century.

30 years ago, there were 15 border walls around the world; now there are 70 walls and over 1 billion national and international migrants. International migrants alone may even double in the next 40 years due to global warming. Our new epoch of global flux has also given rise to a new global climate security market. Building walls and fences to block rising seas levels and incoming people along with detaining and deporting migrants has become one of the world worlds fastest growing industries—projected to reach $742 billion by 2023. I believe we are witnessing the emergence of what we might call a new “climate industrial complex.”

The climate industrial complex is composed of private companies who profit by securitizing nation-states from the effects of climate-related events and migration. However, it also profits when security attempts fail and migrants sneak in anyway to live without status as criminals who will then need to be hunted down, detained, and deported. Each step in the “crimmigration” process now has its own cottage industry. Private detention centers in particular are making billions and their lobbyists are responsible for keeping migrants in detention as long as possible.

Fueled by a Double Paradox

Here is the incredible double paradox that forms the backbone of the climate industrial complex: right-wing nationalists and their politicians want to deport all undocumented migrants but if they did they would destroy their own economy; capitalists, on the other hand, want to grow the economy with migrant labor (any honest economist will tell you that immigration almost always leads to growth in GDP) but if that labor is too expensive then it’s not nearly as profitable. Trump is the Janis-faced embodiment of this (anti-immigrant pro-economy) predicament and the solution to it (not that he knows it). With one hand migrant labor is strategically criminalized and devalorized by a xenophobic state while with the other hand it is securitized and hyper-exploited by the economy. Its a win-win situation for these camps—but a crucial element is still missing: what will compel migrants to leave their homes and work as underpaid criminals in such xenophobic and profit-driven country?

This is where the figure of the climate refugee comes in. What we call “climate refugees” are not the victims of merely “natural disasters” because climate change is not a strictly natural process—it is also highly political. The cause of climate-related migration is disproportionately Western countries and disproportionally affects poorer countries.
Who is forced to migrate is also influenced by the history of colonialism, global inequality, and the same conditions that have propelled economic migration for decades. In short, the fact that climate change tends to benefit the perpetrators of climate change with a supply of desperate climate-displaced criminalized laborers is key to the Trump solution.

Another key is the use of climate-change to acquire new land. When people are forced to migrate or frozen territories thaw; new lands, waters, and forests become open to  extractive industries like mining, drilling, and fishing (Trump’s recent bid to buy a thawing Greenland for its oil and gas reserves is one example of this). Climate stricken urban areas open up new real estate markets (the gentrification of New Orleans after hurricane Katrina is one example). In other words, climate change might not mean the end of capitalism but it could actually signal its rebirth from its current falling rates of ecological profit. Everything and everyone that could be appropriated easily (oil, slaves, old-growth forests, etc.), was gobbled up during colonialism. The workers who are left today want more money and more rights. The minerals left are more expensive to extract. This is why capitalists have increasingly retreated to financial speculation.

If only there were a way today, the capitalist dreams, to kick start the economy and cheaply dislodge huge numbers of people from their land, devalorize their labor, and then appropriate that labor extremely cheaply. In other words, if climate change did not exist capitalism would have to create it. Lucky for it, it does, because it did. Climate migrants today now form what we might call a “disposable climate labor army” waiting around in under-employed global poverty until the next climate-related disaster strikes and they are moved around to wherever precarious, securitized, and criminalized labor is ready to be exploited next.”

There are no easy solutions that can be described here in two minutes but the starting point of any response to our current situation requires the migrant arts. The migrant arts are arts by or about migrants that show and tell the first-person stories of migration and struggle in the climate labor army. Why is this politically important? Because any inclusive solution must begin with a new political subject defined not by nation-states but by global solidarity against the climate industrial complex. The political “we” today needs to include everyone who is here regardless of their status. The migrant arts can help us paint a picture of this new “we” is that is emerging. They give flesh to the idea of a real migrant cosmopolitanism.