There is a long, albeit minor, tradition in Western art of emphasizing pedesis and feedback to varying degrees. In A Deluge, with a Falling Mountain and Collapsing Town (1515; figure 16.1), for example, Leonardo da Vinci states that he used the appearance of humidity and condensation on windows and walls as an inspiration for painting landscapes, rocks, and rivers or unstable phenomena like fluids, smoke, or clouds.3 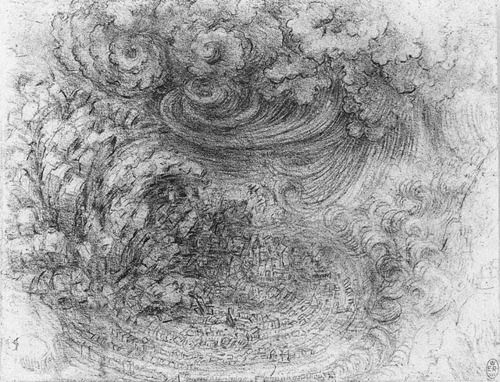 Figure 16.1 Leonardo da Vinci, A Deluge, with a Falling Mountain and Collapsing Town (1515)

The pedesis of the hairs on the brush as they are mashed on the surface of the paper can also give rise to disorderly patterns on which disorderly images of the sky and earth can be figured, as in Alexander Cozens’s Streaky Clouds at the Bottom of the Sky (1786). Other techniques like frottage or rubbing use a pencil on paper over an uneven surface that produces a pedetic pattern to be elaborated on, as in Max Ernst’s Le Foret pétrifié (1929). The pedetic element here is the arbitrary nature of the rubbed object and the stochastic bouncing of the pencil over the surface.

The pedesis of the air itself has also been used as important way to increase the pedesis of the work of art. Marcel Duchamp’s Trois Stoppages Étalon (1913; figure 16.2), for example, uses the aleatory fall of a single meter-long thread to remeasure a meter. He writes, “If a thread one meter long falls straight from a height of one meter onto a horizontal plane, it twists as it pleases and creates a new image of the unit of length.”4 Since the thread is so light, the slightest bit of turbulent and stochastic air movement will cause it to fall in a slightly different configuration each time.

Painting can benefit from a similar aeropedetic method, like John Cage’sStrings 1-62 #45 (1980) inspired by Duchamp, or John Arp’s method of dropping cut-up pieces of colored paper from a height onto paper, Grand Dessin (1917). Or, more notably, in the work of Jackson Pollack. For example, Jackson Pollack’s No 31 (1950) relies on the effect of pedetic air currents on a liquid medium (paint) to pedetically reshape flung or dripped paint onto the canvas. Prereflective arm movements scatter the paint into the air, where the real painting is done not by the hand but by the air and paint left to itself in the air, and then the canvas as it shapes the splatter. Aerodynamic and fluid dynamic processes can be used together to introduce pedesis and material generativity into art. For example, Andy Warhol’sOxidation Painting series (1978) uses the pedetic flow of urine through the air to oxidize copper paint on canvas. The flow of liquid in air is subject to all kinds of stochastic turbulence and splatter, and the chemical reaction itself is subject to unpredictable shapes and speeds of oxidation.

In Francis Bacon’s work, we find paint splatter and rubbing combined.Figure in Movement (1978), for example, begins with splattering paint randomly on the canvas, painting with it, and scrubbing it out in a continual feedback loop of formation and deformation of the figure. Bacon’s aim is not to reproduce the photographic movement of the body (inspired by Muybridge) but, as he says, “the opposite of natural movement.”5 “I work much better in chaos . . . chaos for me breeds images.”6 And “The way I work is totally, now, accidental, and becomes more and more accidental, and doesn’t seem to behave, as it were, unless it is accidental, how can I recreate an accident? It’s almost an impossible thing to do. . . . [An accident]

out of which [the bodies] could move as though out of pools of flesh rose the images.”7 Images, for Bacon, are not something that preexist the material kinetic process of their generation. In contrast to the classical image of the eternal unchanging god which the artist copies, inspired by the muse, Bacon’s work shows how images emerge from the bottom up, through material pedetic genesis.

Not only in painting but in literature as well, pedetic methods have been used give agency back to the matters themselves. Tristan Tzara, for example, popularized the découpé, or “cut up” technique, in which a text is cut up and rearranged to create a new text from the random juxtaposition of the fragments. Brion Gysin and William Burroughs invented the similar “fold-in” technique, in which two pages are folded in half and stuck together to create a new page. B. S. Johnson’s The Unfortunates (1969) is composed of twenty-seven unbound sections, with a first and last chapter specified. The twenty-five sections in between, ranging from a single paragraph to twelve pages in length, are designed to be read in any order. All these techniques allow the image to be determined increasingly by the matter itself. The aim is not to force matters into predetermined patterns of action but, rather, to allow the matters to unfold and express themselves. The artist is only there to facilitate, not to dominate the process.

We also see similar methods at work in the history of Western music. Mozart’s Musikalisches Würfelspiel (Musical Dice Game) (1792), for example, is a minuet made by cutting and pasting together prewritten sections determined by the roll of a die. Following a similar inspiration, Marcel Duchamp composed Erratum Musical (1913) by randomly picking from a hat twenty- five notes ranging from F below middle C and up to high F, then recording them in the score according to the sequence of the drawing. John Cage, again following Duchamp, wrote Music of Changes (1951) to give musical performers the freedom to create unforeseen sounds during performance. Pierre Boulez did the same, but for the composer.

Boulez’s Third Piano Sonata (1955–57/63), for example, allows the pianist to choose different routes through the score, and in one of the movements has the option of omitting certain passages altogether. In Karlheinz Stockhausen’s Klavierstück XI (1956), however, pedesis is given to the ordering of the sequences of musical fragments. Even more radically, Morton Feldman’s Intermission 6 (1953) for one or two pianos begins with fifteen fragments with the instruction, “Composition begins with any sound and proceeds to any other.”8 In the same year, Earle Brown composed Twenty-five Pages (1953) for one to twenty-five pianists, in which the pages are to be arranged in a sequence chosen by the performer(s), and each page may be performed either side up; events within each two-line system may be read as either treble or bass clef.9 In all these cases, the composers have attempted to introduce a degree of pedesis and interactivity into the musical work of art.

Sculpture, in turn, has invented its own attempts at pedesis. Alexander Calder’s Mobile (ca. 1932), for example, balances various shapes that hang in the air to be moved by pedetic currents of air. In doing so, sculpture is given pedetic motions depending on the temperature and viewers in the environment. In fact, it was Calder’s Mobile that inspired the aleatory music of Brown and Feldman. All manner of kinetic sculptures have since

been created that use aleatory wind patterns to influence their motion, including various musical sculptures like wind chimes and fabrics like Christo and Jeanne-Claude’s Valley Curtain (1972), The Gates (2005), and Floating Piers (2014–2016). One of the most interesting analog pedetic methods, however, is Hans Haacke’s Condensation Cube (1963–1965; figure 16.3). Haacke took seriously Leonardo’s advice about humidity on the walls, but instead left the condensation to move on its own, heating, cooling, drip- ping ever new in its own enclosed cube. The stochastic patterns of water molecules give rise to unpredictable patterns of accumulation and dissolution on the sides of the cube in direct feedback with the season, temperature, and viewers in the room.