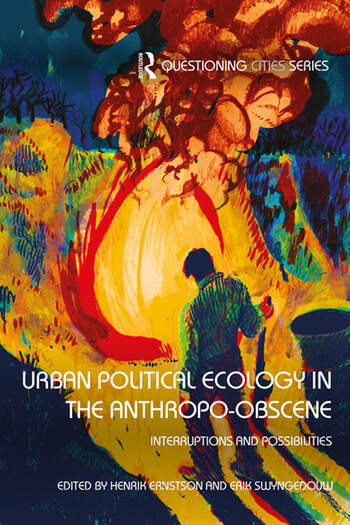 This looks like a great paper on the importance of ecological value theory.

Excerpt from “Value, Nature & The Vortex Of Accumulation,” Jason Moore and Richard Walker

Why bother with value theory? When the classical political economists began to deploy a theory of value to understand the economy it was because the generalization of markets meant that commodity prices had come to be regulated by exchange. For the classicals, value was an objective foundation behind the vagaries of prices, and in a pre-industrial era of handicraft or “manufacture,” labour time was the obvious standard determining value. At the same time, however, they were engaged in fierce debates with opposing views of economy, state, and society. In these debates, the theory of value was mobilized as a weapon of social change, which is why it was called political economy (Varney 2012; Farber 2006).

Marx trod in the footsteps of his predecessors.The labour theory of value was the obvious starting point on a long analytic journey to uncover the workings of capital. For Marx, value was not just the basis of price determination, but the key to unlocking the source of profits, class struggle, and capital accumulation. Along the way, he made technical corrections to the classical theory of value to account for the greater complexity of nineteenth-century industrial capitalism (Marx 1977).1 Most of all, he made two great discoveries: how surplus value could arise in a system of equal exchange and how generalized value turned into capital accumulation.