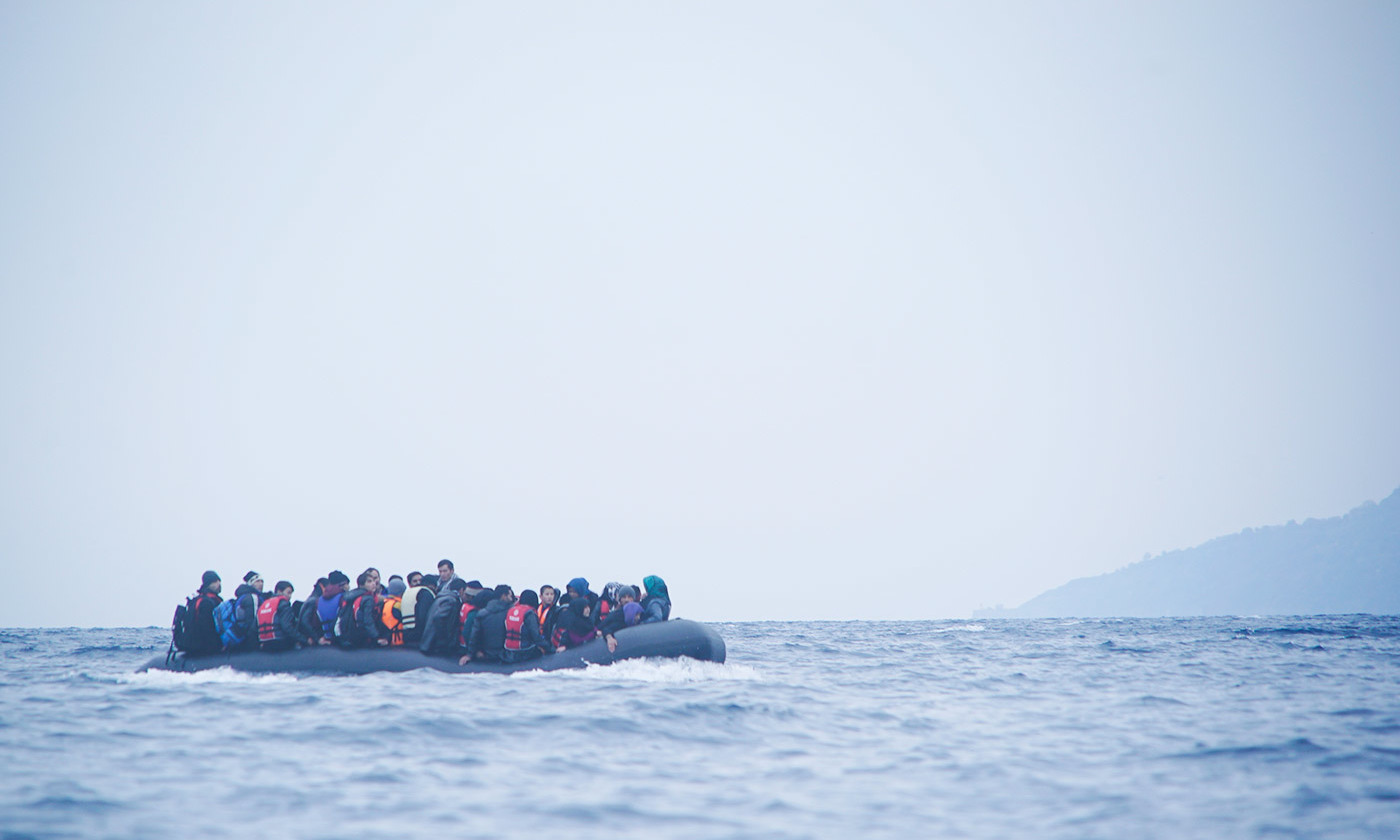 The rhetoric of migrant “invasions” is back again. Donald Trump has recently described the caravan of Central American refugees marching to the US as “an onslaught,” “an assault on our country,” and an “invasion,” repeating the words of Robert Bowers, who shot can killed 11 Jews in a Pittsburgh Synagogue for supporting the refugees. The Associated Press has called the caravan an “army of migrants” and a “a ragtag army of the poor.” Most recently Trump has said soldiers will open fire on the refugees if a migrant throws a rock.

The Century of the Migrant

Today there are more than 1 billion regional and international migrants, and the number continues to rise: within 40 years, it might double due to climate change. While many of these migrants might not cross a regional or international border, people change residences and jobs more often, while commuting longer and farther to work. This increase in human mobility and expulsion affects us all. It should be recognised as a defining feature of our epoch: the 21st century will be the century of the migrant.

In order to manage and control this mobility, the world is becoming ever more bordered. In just the past 20 years, but particularly since the terrorist attacks of 11 September 2001 on the US, hundreds of new borders have emerged around the world: miles of new razor-wire fences and concrete security walls, numerous offshore detention centres, biometric passport databases, and security checkpoints in schools, airports and along various roadways across the world. All attest to the present preoccupation with controlling social motion through borders.

This preoccupation, however, runs through the history of Western civilisation. In fact, civilisation’s very expansion required the continual expulsion of migrant populations. These include the territorial techniques of dispossessing people from their land through miles of new fencing (invented during the Neolithic period); political techniques of stripping people of their right to free movement and inclusion with new walls to keep out foreigners (invented during the Ancient period and put to use in Egypt, Greece and Rome); juridical techniques of criminalisation and cellular confinement (invented during the European Middle Ages); and economic techniques of unemployment and expropriation surveyed by a continuous series of checkpoints (an innovation of the Modern era). The return and mixture of all these historical techniques, thought to have been excised by modern liberalism, now define a growing portion of everyday social life.

This is the century of the migrant because the return of these historical methods now make it clear for the first time that the migrant has always been a constitutive social figure. In other words, migrants are not marginal or exceptional figures, as they have so often been treated, but rather the essential lever by which all hitherto existing societies have sustained and expanded their social form. Territorial societies, states, juridical systems and economies all required the social expulsion of migrants in order expand. The recent explosion in mobility demands that we rethink political history from the perspective of the migrant.

Take an example from ancient history: the barbarian (the second major historical name of the migrant, after the nomad). In the ancient West, the dominant social form of the political state would not have been possible without the mass expulsion, or political dispossession, of a large body of barbarian slaves kidnapped from the mountains of the Middle East and Mediterranean and used as workers, soldiers and servants so that a growing ruling class could live in luxury – surrounded by city walls. The romanticised classical worlds of Greece and Rome were built and sustained by migrant slaves, by ‘barbarians’, whom Aristotle defined by their fundamental mobility and their natural inability for political action, speech, and organisation.

Some of the same techniques – and their justifications – of ancient political expulsion are still in effect today. Migrants in the US and Europe, both documented and undocumented, sustain whole sectors of economic and social life that would collapse without them. At the same time, these migrants remain largely depoliticised compared with the citizens their labour sustains, often because of their partial or non-status. Just as Greeks and Romans were capable of incredible military, political and cultural expansion only on the condition of the political expulsion of cheap or free migrant labour, so it is with Europeans and Americans today.

If this connection seems outlandish, then consider how migrants are described in recent media. The rhetorical connection is as explicit as the architectural one of building giant border walls. In the US, people such as Samuel Huntington and Patrick Buchanan have worried about a ‘Mexican immigrant invasion’ of ‘American civilisation’. In the UK, The Guardian published an editorial on Europe’s crisis that ended by describing refugees as the ‘fearful dispossessed’ who are ‘rattling Europe’s gates’ – a direct historical reference to the barbarian invasion of Rome. In France, the presidential frontrunner Marine Le Pen said at a rally in 2015 that ‘this migratory influx will be like the barbarian invasion of the fourth century, and the consequences will be the same’. Even the president of the European Council, Donald Tusk, has described the recent refugees with the same ‘dangerous waters’ and military metaphors used by Romans to depoliticise barbarians: refugees are a ‘great tide’ that has ‘flooded into Europe’ producing ‘chaos’ that needs to be ‘stemmed and managed’. ‘We are slowly becoming witnesses to the birth of a new form of political pressure,’ Tusk claims, ‘and some even call it a kind of a new hybrid war, in which migratory waves have become a tool, a weapon against neighbours.’

This will be the century of the migrant not just because of the sheer magnitude of the phenomenon, but because the asymmetry between citizens and migrants has finally reached its historical breaking point. The prospects for any structural improvements in this situation are hard to imagine, but alternatives are not without historical precedent. Before any specific solutions can be considered, the first step toward any change must be to open up the political decision-making process to everyone affected by the proposed changes, regardless of status. The only way forward in the long march for migrant justice and social equality is status for all.

One thought on “We are entering a new epoch: the century of the migrant”