Last week I gave a plenary talk at a wonderful conference at Le Mans Université, France. You can see the program here. The event brought together many important studies of migrant literature, poetry, film, and performance art. We are without a doubt witnessing an explosion in the creation of migrant histories and arts of all kinds today. Migrant histories and arts have been actively destroyed for most of history. Today, the number of films, images, texts, and artifacts produced by and about the world’s increasing number of migrants is increasing so fast now it is hard to keep up. This conference, which will be collected as two volumes of essays (in French and English), is part of the larger project of taking these migrant arts seriously and defending their validity and importance to the academy and to the public. Below is a survey and a bit of commentary on some of the works discussed at the conference.

The magical realism of the book is that a series of doors open up that transport people across the world. Walking through the doors is described as both a birth and a death. This is an interesting way to think about movement not only as an extensive transit between point A and B but as a magical intensive or qualitative transformation of the world and migrants through migration. It is a story of migration as intensive transformation and not merely as transit.

Rather than focusing on the suffering of migrants, La Cour de Babel tries to document the material conditions of a new migrant cosmopolitanism among high schoolers learning French. How can new friendships and alliances be built from the starting point of heterogeneity and movement and how might this provide us with a model and challenge for thinking about a new cosmopolitan and pedetic society? 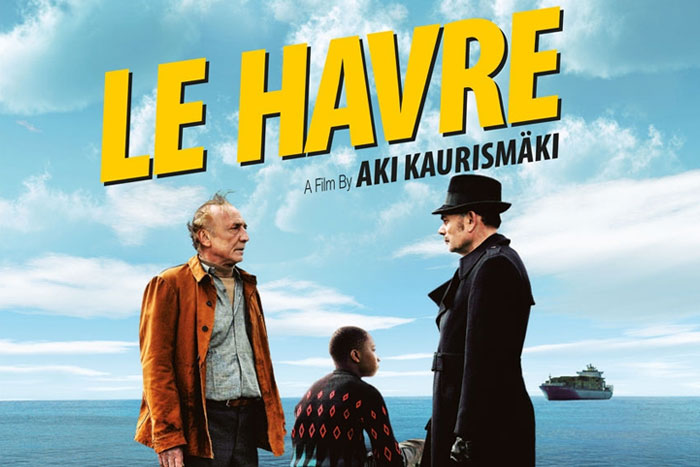 There are so many amazing things to say about this film. It is shot in a New Wave aesthetic, by a director who does not even speak French. Its treatment of migration is both historical and highly contemporary at the same time. Importantly the film uses a number of incredible shots that open up the subjectivity of the migrants. In particular, when the migrants are discovered hidden in a shipping crate the camera locks onto their faces for several seconds without action. There is no sound in the scene. Just faces looking back expressionlessly at the police, media, and medics. The action image is stalled. The time-image is paralyzed. The photograph-like duration of the shot exposes the movement of the camera itself as the material conditions of the image. The image becomes migrant at the same time as the migrant becomes image. In order for the lived duration to pass the body of the migrant must move just as the camera must move for time to pass. The passage of time is the effect, not the cause of motion. This film gives us at least one crucial feature of a new migrant cinema: the primacy of the migrant image as a mobile image, which emerges precisely at the moment that the action and time images in modern cinema are completely unraveled.