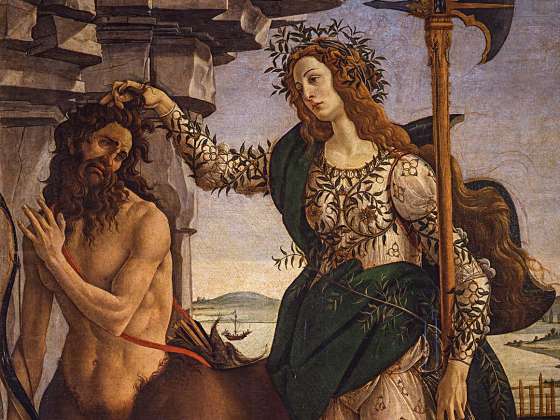 A new Lucretius is coming into view today. Every epoch returns to him like bees returning to their flower fields in search of nourishment. Each time, though, our return is different like the expanding arch of an iterated spiral. We bring new questions, find new answers, and make Lucretius speak to us again as if for the first time. We make Lucretius’ epic poem De Rerum Natura into the mellifluous honey of a “liquid antiquity.” “Liquid,” because Lucretius has always coursed through the veins of modernity like a continuously changing source of new meaning and inspiration.

We thus return to Lucretius today not as an unchanging figure carved in stone but as a rush of new life at the cutting edge of the 21st century. We return as active participants in a history of our own present. We are asking Lucretius again to tell us something about us and our world.

I first returned to Lucretius in 2014 when I taught book two of De Rerum Natura for a class on the philosophy of movement. I added Lucretius to the syllabus because several of my favorite philosophers had written on him as a source of their inspiration—and I knew Lucretius was an overlooked figure in philosophy. I was thus predisposed to be sympathetic to the text, but I was also skeptical that anyone who believed in “eternal unchanging atoms” could have motion as their philosophical starting point. What I encountered, however, absolutely shocked me.

There were no atoms. I scoured the whole Latin text. Lucretius never used the word atom or particle (or Latinized versions of these words); not even once. They had been added in by translators. Just as shockingly, I could not find the isolated swerve in the rain of atoms, I had always read about. In book two, Lucretius says instead that matter is always “in the habit of swerving” [declinare solerent] (2.221) and if it were not (nisi), “all would fall like rain drops [caderent]” (2.222). The solitary swerve and the rain of matter is a counter factual claim. Lucretius never said there was a rain and then one atom swerved. Its just not in the text. He says matter is in the “habit” [solerent] of swerving, meaning that it happens more than once. This, he says, is the only way to avoid the problem of assuming that something comes from nothing—swerve from rain.

This small but significant discrepancy prompted me to wonder what else had been left out of the translations and interpretations I had read. Could it be possible that there was a whole hidden Lucretius buried beneath the paving stones of atomism? If there were no atoms and no solitary swerve what did this mean for the meaning of the rest of the book that relied on them? In 2016 I taught a whole seminar on just Book I of De Rerum Natura in Latin to find out. The class unearthed numerous discoveries by reading from this new perspective. I published the results in 2018 as Lucretius I: An Ontology of Motion.

I also started to unravel the “Epicurean myth of Lucretius.” One of the reasons I thought I would find atoms and isolated swerves was because of a long history of interpretation that conflated the two thinkers, just as modern scholars had done with Democritus and Epicurus. There is no doubt that Lucretius studied and followed Epicurus, just as Epicurus had followed Democritus. However, between the three thinkers there is a world of difference. Not all students merely imitate their master. Sometimes imitation functions as a mask for a student to put forward their own ideas—which is what Lucretius did.

Lucretius wore the satyr’s mask of Homeric poetry in his performance of Epicureanism to transform them both. Just like a satyr play Lucretius’s poem has numerous invocations of Bacchanal intoxication, sexual imagery and desire, deceptive invocations of gods he does not believe in (Venus and Epicurus), all affirmed joyfully alongside the destructive power of nature itself: death. This is in stark contrast with the contemplative, serious, pessimistic, and aloof style of Epicurus and his followers.

Epicurus had many Greek and Roman followers who wrote and promoted Epicurean doctrine, but Lucretius did something completely new and radical. He espoused a version of Epicurean philosophy in a book of Latin poetry written in Homeric hexameter. Why? For pleasure. He wanted to make something new by mixing the old. Lucretius performed a bewildering hybrid of two completely opposed figures and traditions (Homer and Epicurus) and made something novel: something uniquely Roman. De Rerum Natura has largely been treated as a Homeric poem about Epicurean philosophy, but in Lucretius II and its companion books I argue that there is also a hidden Epicurean philosophy of Homer as well. In the end this is where the real brilliance and originality of Lucretius lies: not in Homer or Epicurus but in their perverse and twisted entanglement: the becoming Homer of Epicurus. It is a genuine injustice to reduce such a radical enterprise to mere Epicurean fundamentalism.